The middle of this trip had seen us relaxing for a few days but now it was time to ramp things up again. We still had a fair way to travel before our trip was over but there was also fun and games to be had along the way. This final leg would both exhaust us and see the trip ending on a massive high – probably the perfect combination for a yolo Uncover India  tour.

Day 23 – Our travels continued as we headed to our next stop, Mumbai. On the way we stopped at the Ghandiji Ashram in Amhenebad and explored the museum there. I hadn’t known much about his life or the movement he began so it was interesting to peruse the displays and read his inspirational quotes. It was only a quick stop though before we headed to the mall for a bite to eat before our train. It seemed to be a unanimous decision to go to Pizza Hut. We welcomed the familiar brands, air conditioned shops and clean surroundings with open arms!

After stuffing our faces it was time to catch the train. I have never taken an overnight train before but it was pretty much as I expected. I was on the top bunk of three, perched on what was essentially a padded shelf with blankets and sheets. Still, I was out like a light and when I woke up a few hours later the carriage was in darkness and everyone else was snoozing soundly too. It seemed such a strange and wonderful idea to me, a train rattling along with all these sleeping souls, people who were there but not really there, their bodies rising and falling with gentle breath but their minds far away chasing dreams. 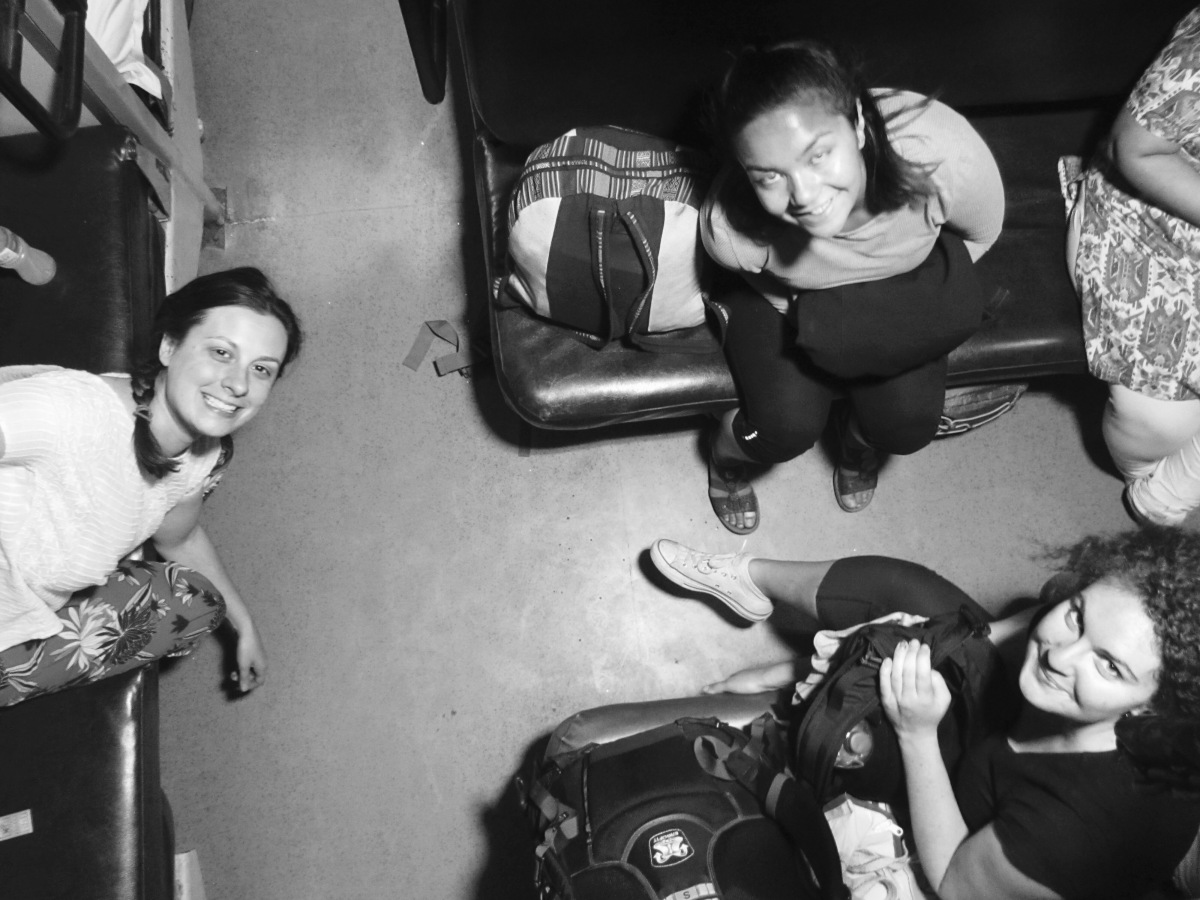 Day 24 – We arrived in the early hours of the morning, scrambling to rub the sleep from our eyes and grab our bags to disembark from the train. When we arrived at our hotel we were lucky to get a tour first and have our rooms open and ready to go, allowing for a much needed shower and maybe even a quick power nap.

Feeling a little refreshed we went straight out for breakfast and then a driving tour of the city. It was so relaxing (almost a little too relaxing as my eyelids began to droop) being taken from place to place, getting to see how green and clean this city was in comparison to everywhere else we had been and only hopping out quickly for photo opportunities. We saw a huge flat block where the richest family in Mumbai lives, a tranquil park called the Hanging Gardens (though I didn’t see anything hanging) and the beach. We also visited Ghandi’s house, which offered more information about his early life and filled in a lot of the blanks from our ashram visit the day before.

The tour ended with a walk through the slums. This was like Delhi condensed into tiny alleyways, buildings one on top of the other and people winding their way through it all. It felt strange to see this as a tourist attraction when this was peoples way of life but at the same time I was glad to see it; awareness of the different ways people live is one of the reasons I travel after all.

Earlier we had got the bad news that our flight to Goa the next day had been moved forward to a ridiculously early time in the morning (around 3am) but that didn’t put our plans to party on hold. When three huge beer towers were ordered I think we all knew this wasn’t going to be an early night. We were drinking in a place reminiscent of an American sports bar but we soon turned it into our own personal club, dancing late into the evening (even though we were so tired from travelling that 10pm felt more like midnight to us). A few of us even went on to another bar afterwards and sipped cocktails called Trip on the Drip from plastic bags like there was no tomorrow.
Day 25 – Except it was already tomorrow. We stumbled home with around an hour until we had to be up again for our flight. Most people dozed a little at least but I couldn’t sleep. “What did you do, Jess?” Dino asked, “I just lay in the dark and hoped to slee!” I cried back and he laughed. Needless to say the second I was buckled in on the plane my eyes were closed. “Excuse me, Excuse me, Excuse me” the air hostess repeated until I pried my eyes open, hoping to God there was a good reason for disturbing me. She handed me a cardboard box with a celephane wrapped squished cheese sand which inside. I resisted the urge to open the emergcy exit and throw it out, along with the air hostess.

It was clear as soon as we arrived that Goa was a much more touristy place than anywhere we had been so far. Tattoo shops, and market stalls were everywhere. Not that I saw much of it, being passed out in my hotel room. It was enough to keep me going in the evening though and I’m glad I did as nothing could have kept me away from watching my tour mates rocking out on the karaoke machine. Dino turned out to be a real microphone hogger and persuaded most people to go up and sing with him, even physically dragging me up at one point to mumble the words in the background.

Day 26 – I had been asking Cat to henna my back for the last few days and we had never found the time but today, lying face down on the beach, she started on the design. Unfortunately though, a group of white girls on the beach in India will pretty much make you feel like a celebrity, and not in a good way, it wasn’t long before a group of men had surrounded us taking pictures (despite us saying no) and selfies strategically positioned to capture us in the background. It wasn’t like we weren’t used to this sort of thing by now but when you’re on the beach in your bikini it’s a bit much. We escaped the beach for lunch, eating at a restaurant called Hangover, probably so called because of the sloth-like service. The food was good though so all was forgiven.

Over the course of the trip #yolo had become our catchphrase, and in particular Kate’s catchphrase. Not only was it the style of tour we were doing but it summed up our general attitude towards it too. Everyone was always up for every activity and taking full advantage of all the trip had to offer, after all, you only live once! She had been planning this tattoo for a while now and she finally had the opportunity, but it wasn’t any bog standard hashtag tattoo she wanted, she was having it written in Hindi to commemorate her time in India. It actually looked really pretty too. The only problem with this was the fact that Indians are unfamiliar with the phrase and so kept asking, “Yolo? Is that your name?”

In the evening, with Kate sporting her new tattoo, we went out one last time to celebrate the end of the trip. We all shared our favourite moments of the trip, a few of us even tearing up, and the concesous with everyone was that it was hard to pick just one thing. We had truly all had an unforgettable time.
Day 27 – A day of last goodbyes as people set off home, moved to different hotels or continued their travels to other countries. Everything felt kind of empty and sad but we tried to keep our spirits up, ater all a few of us had one more bonus night just a little way down the coast in Vagator. I shared a hostel with Kate and we sat by the beach, reflecting on the trip but also enjoying a chance to finally just be still and do nothing.
I’m glad I didn’t listen to the poeple who tried to put me off India but I also think the amount I enjoyed it had a lot to do with the tour and the brilliant people I met on it. It was great to see so much of the country as it varies so much from one place to another but it was also hard going at times and I was looking forward to spending more than a couple of nights in one place. Uncover India was a great tour to do though, it really gave you a true flavour of the country and I appreciated the lengths G Adventures went to make sure the locals were supported in every place we visited, whether that was through the transport we took, the activities we did or the places we stayed.

India is a beautiful, colourful, chaotic country but I will admit I was more sad to say goodbye to the people I met there than the country itself. That doesn’t mean I won’t be back one day though as there is always more to see, more to do and more people to meet. 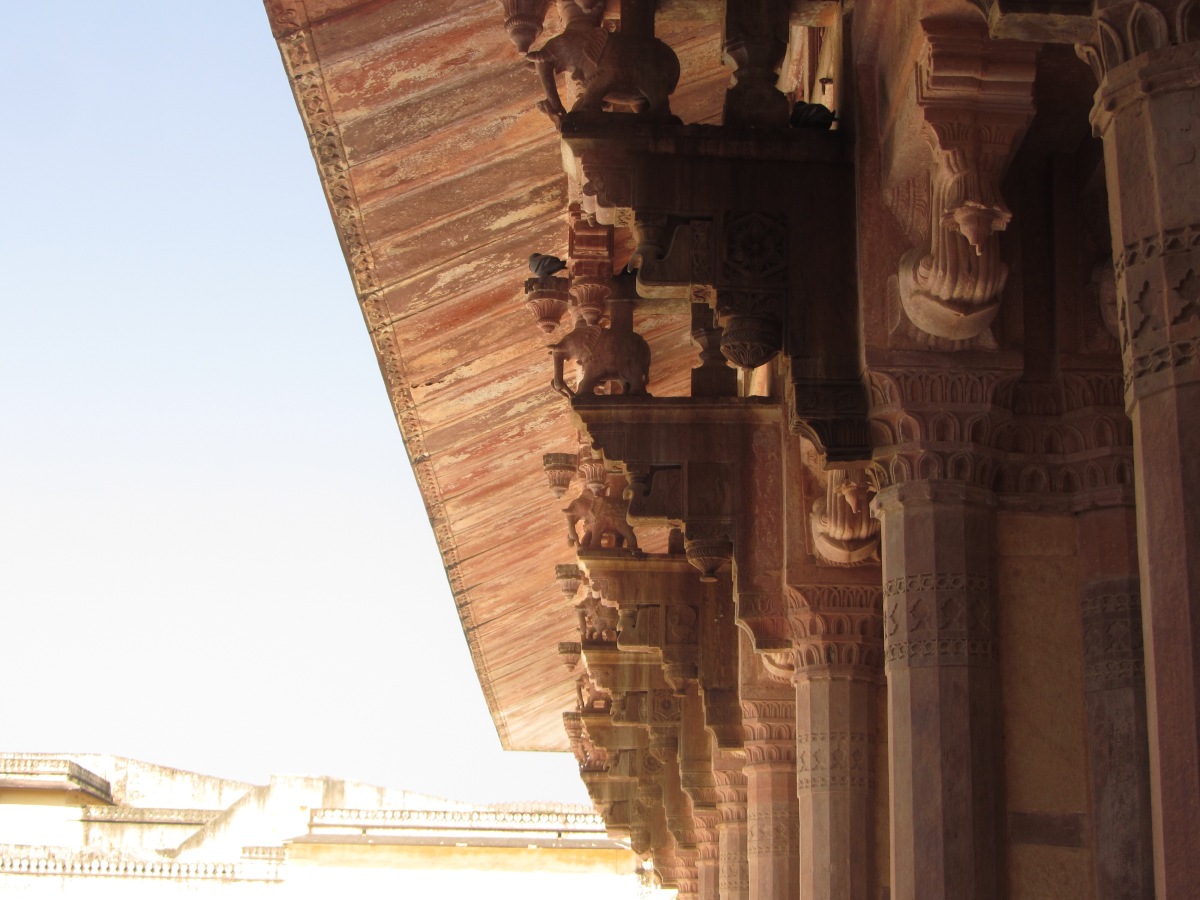 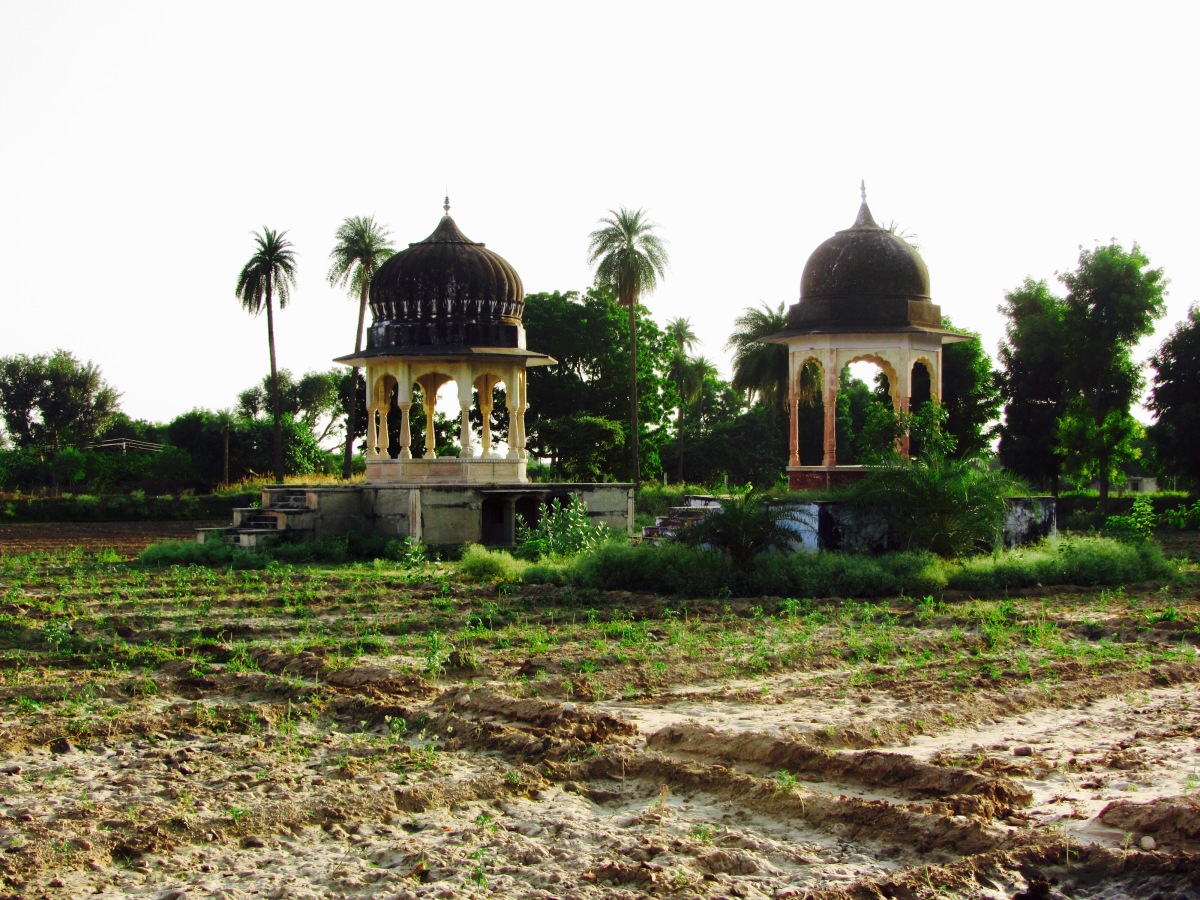 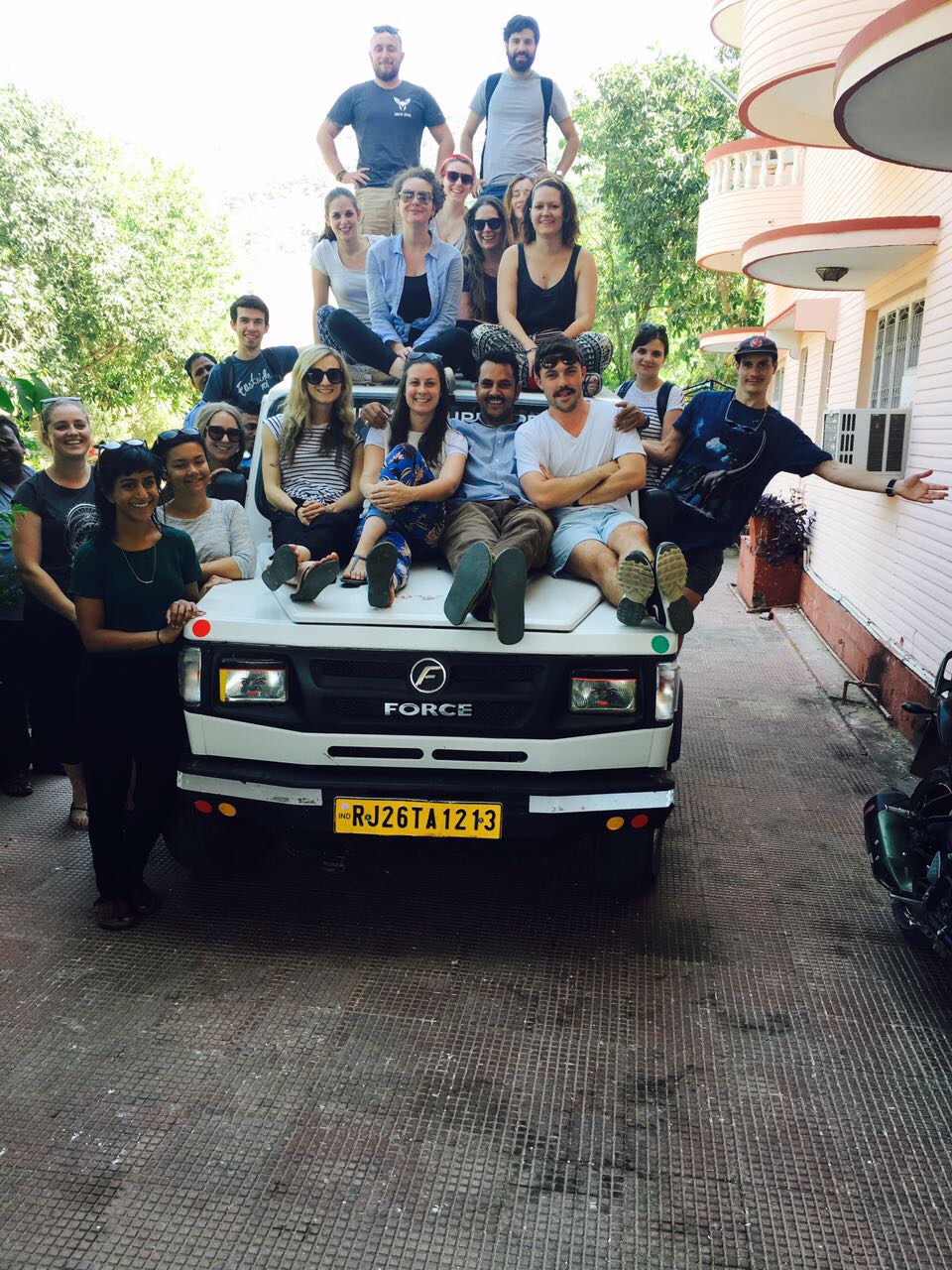