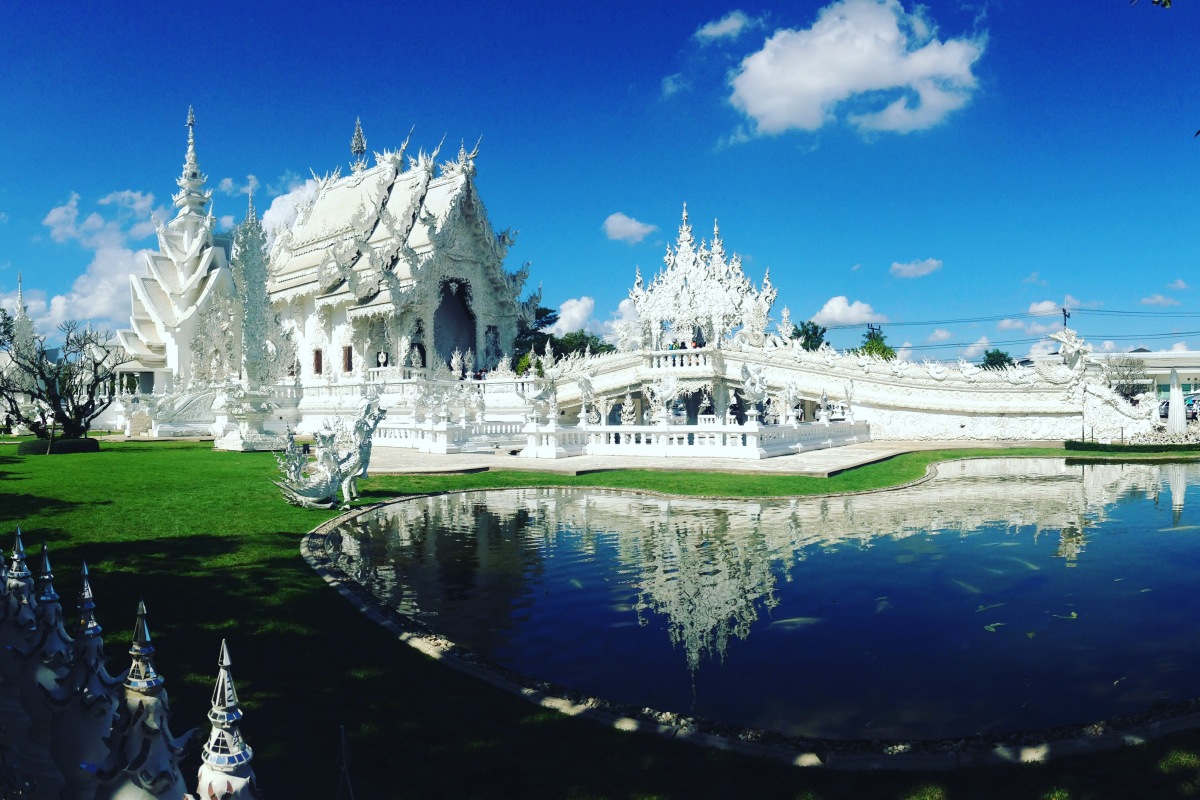 The last stretch of my adventure was just beginning and yet I still had three more countries to visit. I had met my tour group for Stray, the flexible tour that would allow me to hop on and off at any point during my travels with them while including some activities along the way, and they seemed like a great bunch so I was excited to se off with them.
Day 93 – An excellent way to start the first day of your tour is throwing up constantly all morning. As soon as I woke up I felt a bit queasy but it quickly became so much worse. Despite this I knew I didn’t have a choice but to get on the bus, the countdown to my visa running out imminent. I dragged myself out of the hostel and down the road to the Stray office. As soon as Caitlin, a girl on the tour I met the night before, saw me she said “Are you okay? You look sad”. Sad was one way to put it, death warmed up was another. I almost made it to our first stop of Ayyuthaya without spilling my cookies but not quite. Instead of exploring the old capital I hunkered down on a make shift bed at the guesthouse we were storing our bags at and hoped the sickness would pass.

Luckily by the evening I was getting some of my strength back. In fact I actually counted myself lucky that the first time I had really had tummy problems the whole way through Asia was three months into my trip. I was even more grateful that I had improved before we caught the night train to Chiang Mai. I had already taken a night train in India but this one was quite different and actually more comfortable. Instead of beds being three high there was only two, meaning you got more room. They also seemed wider and had ports to charge your devices on. The only complaint was that they kept the light on all night so its worth bringing an eye mask. 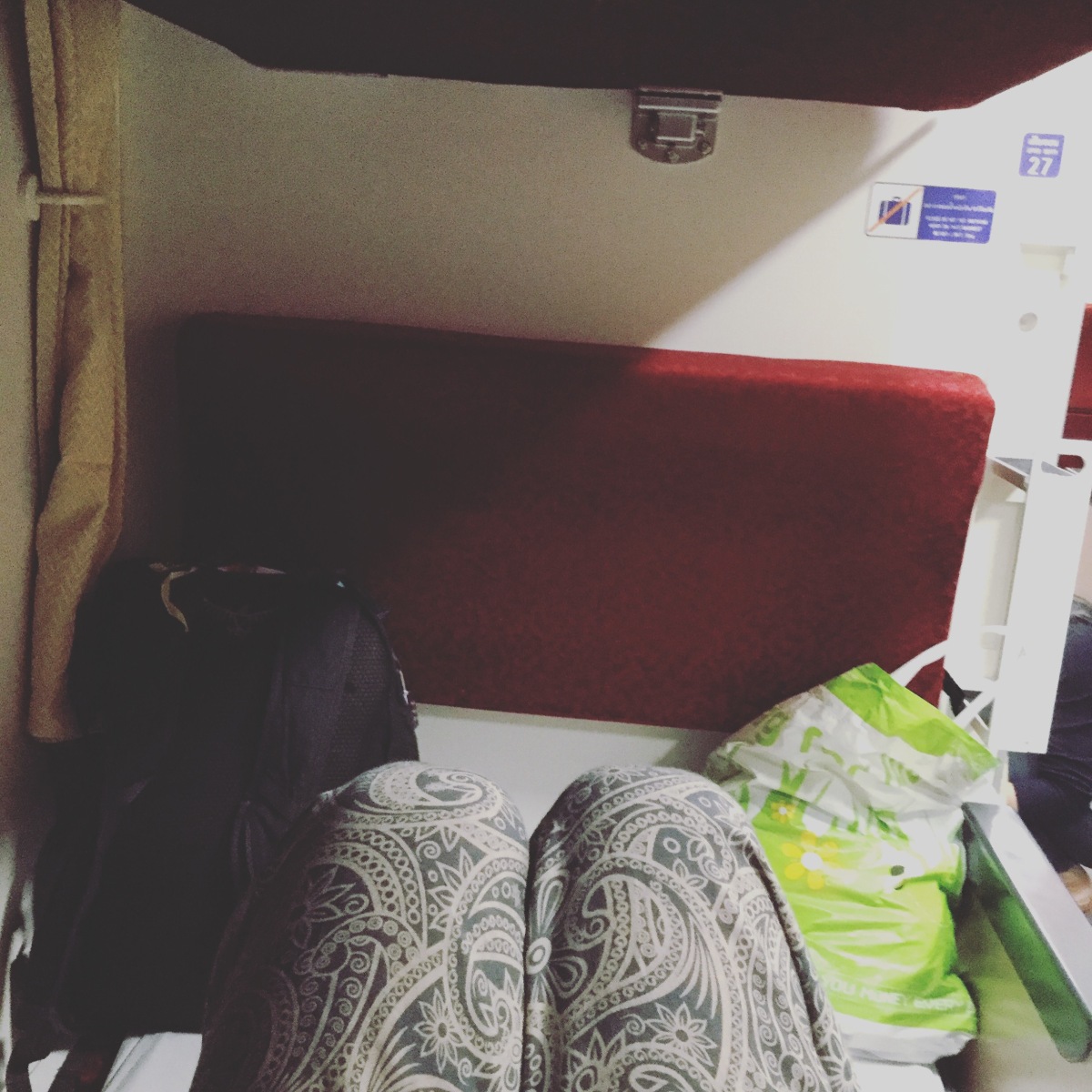 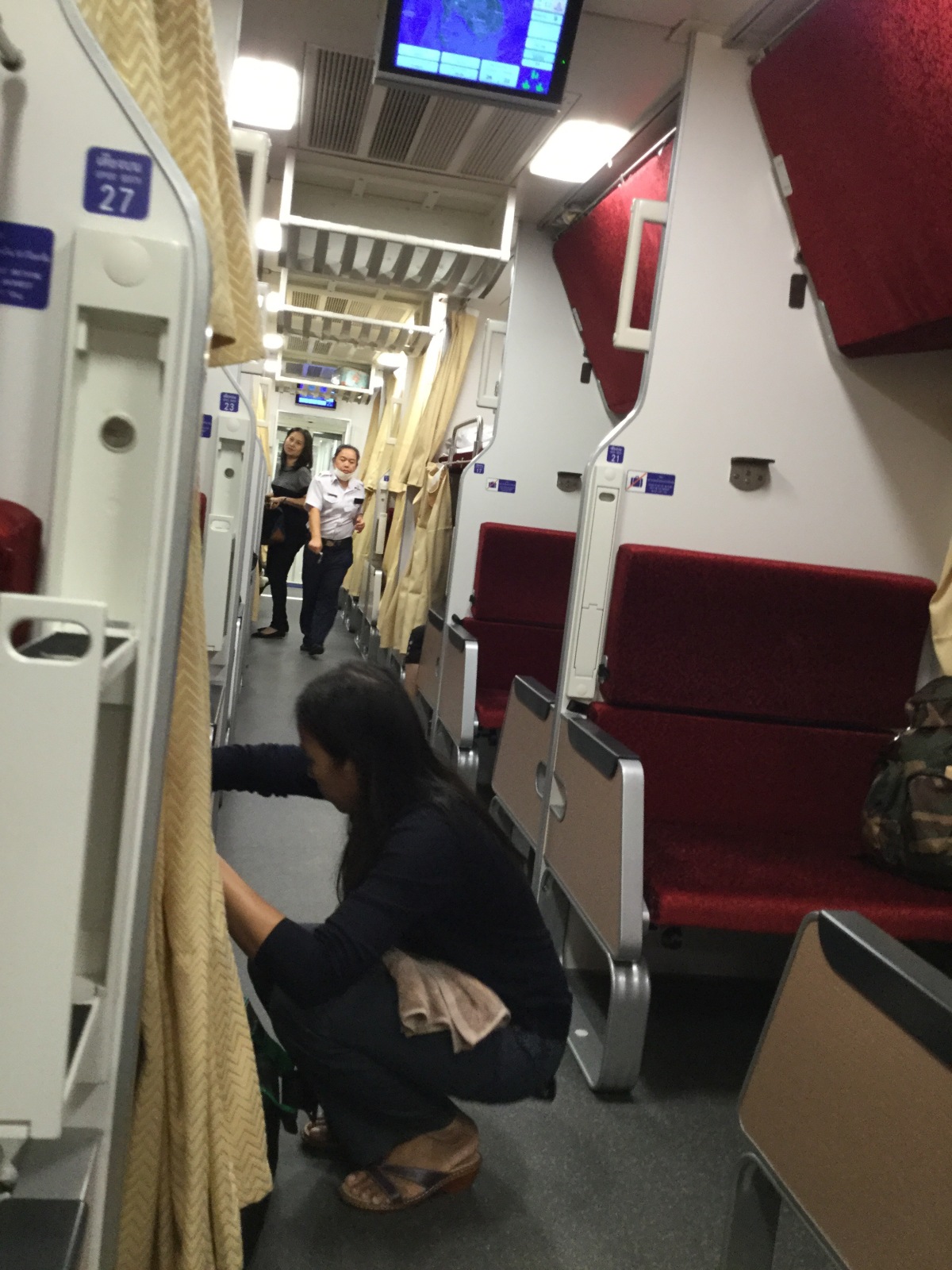 Day 94 – I had heard about the zip lining in Chiang Mai and since it was one thing I didn’t do last time I was there I was keen to do it this time around. I was less keen when I found out the price was over £90! Luckily I wrangled a deal with a girl on the tour who didn’t want to use her included ticket and paid for one of her activities instead, essentially meaning I got it half price. In the end I had a brilliant time but it was barely worth it at half price and I wouldn’t say it was worth the full price at all.

A mini bus picked us up from the hostel and took us to the Gibbon Experience where we spent a rainy afternoon getting soaked to the skin and not even caring as we whizzed over the treetops. Although it wasn’t worth the price the 800m zip line made it almost so. Your heart in your mouth as you step off the platform and fly above the canopy, the rain whipping at your face. It was a lot of fun and as an added bonus we got to see a gibbon sitting in a tree, shaking raindrops off his fur, just as soggy as us.
Day 95 – The day started off with a quiet breakfast at Le Kaa cafe round the corner from Deejai Backpackers hostel where we stayed. I made a plan to visit some temples that day and decided that if I could I would make the trip to Doi Suthep, a beautiful hill temple overlooking stunning views of Chaing Mai below. The guy at the hostel made it sound simple and cheap to get there… I should be so lucky. An hour later I was still on the sidewalk trying to persuade a tuk tuk driver to take me for a fair price. Eventually I gave in and paid for one to take me up and wait for me so he could take me down as well, costing me much more than I had planned but saving myself a huge amount of frustration. The tuk tuks in Thailand have been a new experience. Just as I was getting used to bartering for them in other countries where they will happily talk up and down until a price has agreed upon, I found the drivers in Thailand would shake their heads in disgust at what I suggested and driving away before we could come to an agreement. To be honest it was making me look forward to leaving Thailand. I was told it was the land of smiles but so far I was yet to see many.

All this briefly melted away though when I reached Doi Suthep. The views were just as stunning as promised; you could see the whole of Chiang Mai stretched out below, this vast and bustling city. The temple itself held a greater variety of Buddhas than I had ever seen before, small, big, emerald, gold – all sorts! Behind them the golden stupa glittered in the dying sunlight. I could see why everyone came to see it. 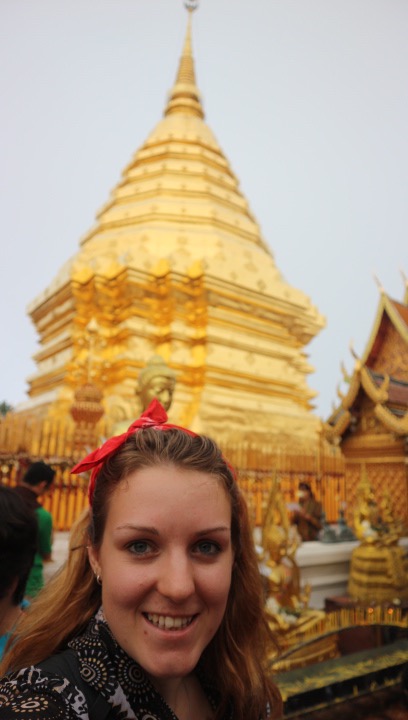 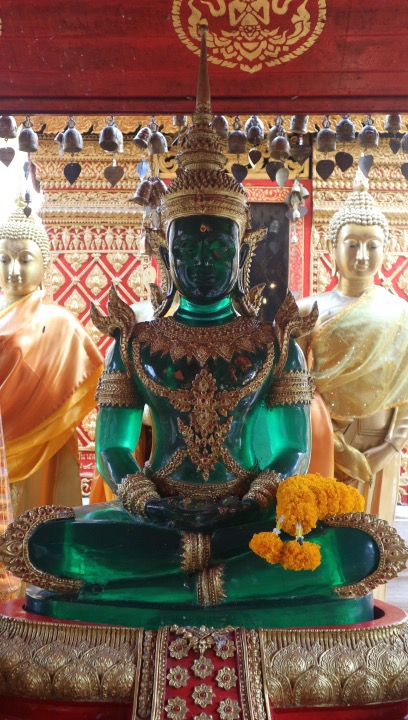 I finished my evening back at Roen Pludee, the food market Joey and I stumbled across and had some of the best food in Thailand. However, it wasn’t quite the same by myself and after a long day I headed back for an early night.
Day 96 – Today we headed towards the border and into Laos but first we made a stop along the way. I had seen photos of the White Temple and was really pleased to find out we would stop there along the way. This incredible temple is so different from any other I have seen on my travels. It is completely white edged with silver mirrors and has a modern influence, with spider man painted on the walls and masks of recent film characters hanging in the trees outside. If that isn’t strange enough the entrance features an expanse of reaching hands and contorted faces. It was bizarre and beautiful. Unfortunately I didn’t get to appreciate it as much as I would have liked though since our local guide rushed us through, a problem that would crop up several times on Stray, so it wasn’t long before we were back on the bus. 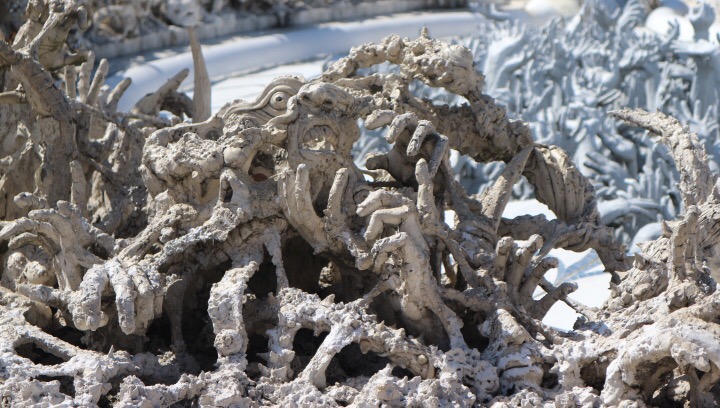 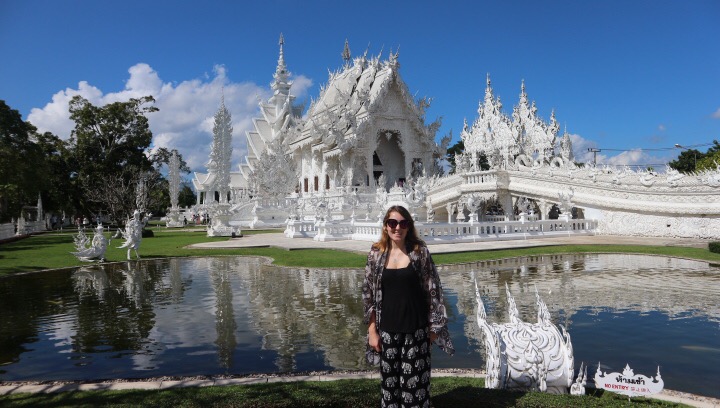 In the late afternoon we passed through border control and as the sun was setting we jostled down the bumpy road in the back of a tuk tuk towards our guest house. All of us were amazed at how pretty Laos was. I think everyone was a bit sick of Thailand by then and ready for a change. We ate dinner next to the Mekong river, gazing across it towards Thailand on the other side, excited about the adventures we had ahead of us in Laos.